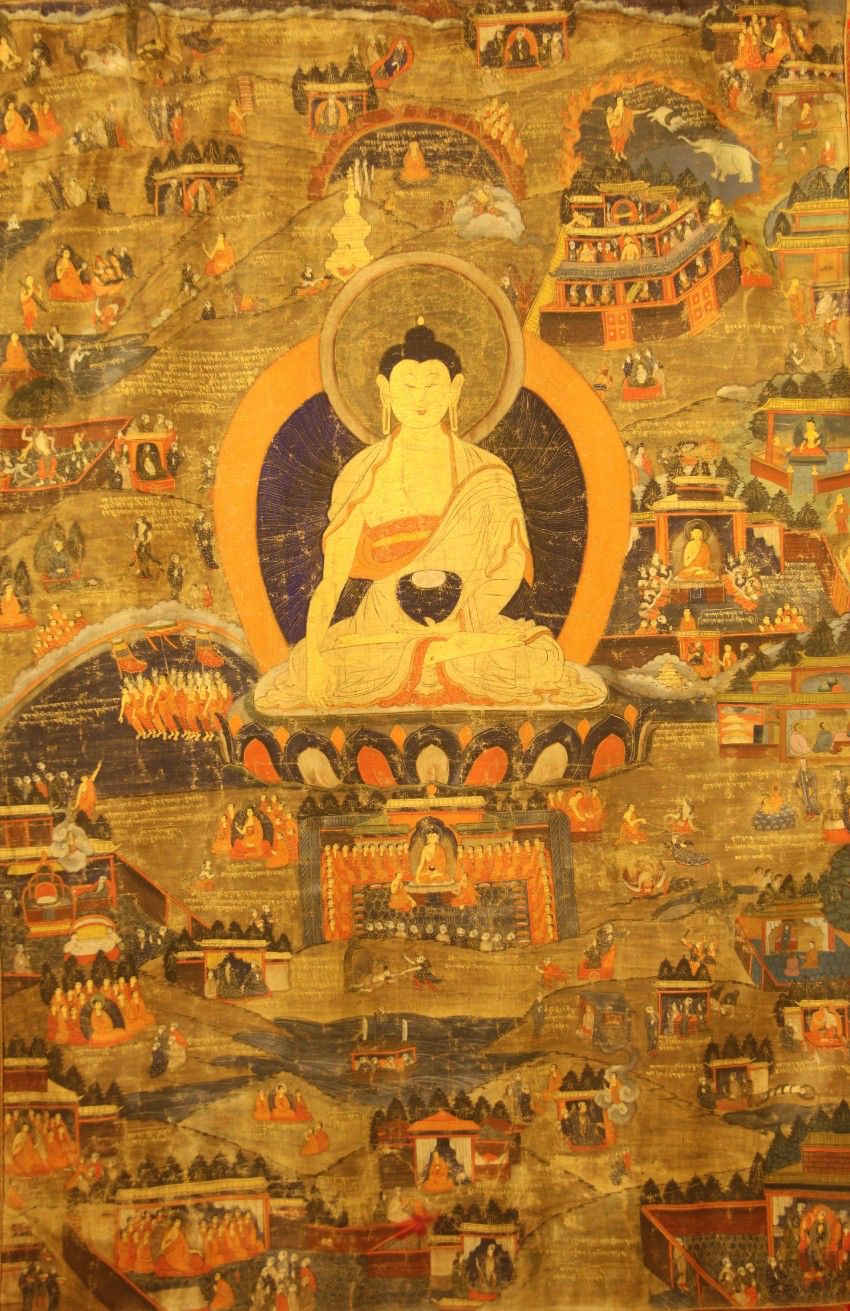 Need a searchable collection on Himalayan Art? Have a look here.

The Himalayan Art Historical Collection Online is an extensive, searchable resource and you can zoom in on most pieces in the collection. They have digitized art from all the schools of Himalayan religions, including Buddhism. The pieces are documented with great detail.

Himalayan ‘Style’ Art is art that is indigenous to the Himalayas, predominantly Tibet, Nepal and Kashmir, and the areas under the cultural sway of these cultures. Himalayan ‘style’ art is primarily concerned with religious subjects and is recognizable through the use of composition, symbols and motifs. Individual works of art are commonly created in sets forming much larger works of art. (Gene Smith, Ben Brinkley, Jeff Watt. New York, 2001).

Geographic Region of Himalayan ‘Style’ Art: The Himalayas include the Tibetan Plateau, Nepal, Kashmir, Bhutan and the northern most regions of India and Pakistan. The surrounding geographic regions where Himalayan style art is found are China, Mongolia, southern Siberia, Tuva, Buryatia and northern Burma, all of which are to the north and east of the Tibetan Plateau. Himalayan art is especially found throughout China. In the very center of China’s capital city, Beijing, is Beihai a Himalayan style stupa and reliquary mound. Also, along the Pacific Ocean at locations such as Hangzhou south of Shanghai, Himalayan art from the Yuan period can be found in abundance.

Artistic Features: The artistic style is best recognized through painting composition, accompanied by symbols and motifs unique to the individual Himalayan regions, as well as from artistic and cultural exchange with other great neighboring civilizations. Painting and sculpture sets are a unique feature of Himalayan art; many art objects are created as a much larger whole in effect a very large work of art with many individual parts.

Be sure to have a look at their Karma Gadri collection. It is exquisite. If you are a Dekeling student and are thinking of having a thangka or print as a support for practice, we can look at the work together and see if it is accurate. Most thangkas are lovely, not all are accurate. Or you might be considering one that is from a school different than the one in which you study. This is commercial website, it only listed for learning more about the various kinds of thangka painting.

Check out Robert’s online website of thangka paintings, and his blog. His book, The Encyclopedia of TIbetan Symbols and Motifs is mostly of his ink drawings and the narrative is highly informative. He also published The Handbook of Tibetan Buddhist Symbols.